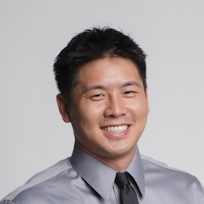 Dr. Justin C. Lin PT, DPT, MS, CSCS, CFMT, is the owner, clinic director, and youtube personality at Rehab and Revive Physical Therapy. Dr. Lin is ranked by the people and users of Yelp.com as the #1 Physical Therapist for 10 years running.

In 2014, he became a Certified Functional Manual Therapist. In 2015, he studied under Diane Lee’s Integrated Systems Model and has had been influenced by Gail Wetzler of the Barral Institute. He uses osteopathic, craniosacral, visceral mobilizations techniques.

He is an author of Rehab the Mind, Revive the Body: Foundations for Healing. Dr. Lin grew up in Irvine and attended Boston University where he earned his Masters of Science and DPT at Marymount.

In 2015, he served as an adjunct professor at Chapman University’s Doctor of Physical Therapy at the Crean Graduate School.

In the community, he’s involved with his alma-mater University HS (Irvine), he organizes reunions, conducts motivational speeches about integrity and character, and is Scholarship Chair for a service scholarship at UHS.

He is a presenter for local companies and students wanting to learn more about health topics, office safety, and ergonomics.

He has a public health initiative to educate those with free correct health information. He offers “do it yourself” exercises and many treatment videos. He hosts a couple of Youtube channels www.youtube.com/rehabrevive

He was a health columnist and injury analyst for The Notice where he submitted articles about health and wellness. In 2013, he was recognized for his article on “Don’t be fooled by p90x, insanity, and CrossFit” and was invited to speak on the NPR syndicate “On Point” with Tom Ashbrook as well as KUCI with Claudia Shambaugh in “Ask a Leader”.

He also is a teaching assistant for all the IPA FMT classes in the OC/LA area.